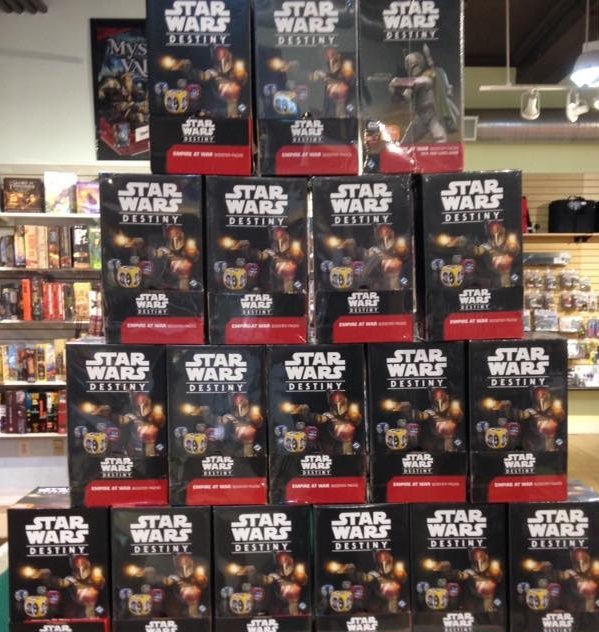 Each player should bring to the game 30 points of non-Legendary characters and one Battlefield. Your characters may be comprised of either or both affiliations (both Light and Dark Side is permitted). Elite characters are allowed. Characters from Starter Sets are allowed.

The steps are followed a second time, only passing the packs to the right.

After both rounds of drafting are completed, players claim the dice matching the cards they drafted.

Once drafting is completed, players are given 30 minutes to build a 20-card deck. The deck must adhere to card color rules, but does NOT have to adhere to affiliation rules. Players may replace characters they brought with characters they drafted, but must play with no more than 30 points of characters. Drafted Legendary characters are allowed.

Players will then play three 30-minute games, Swiss-matched. Players may change their decks in between games, but must stick to the cards they brought or drafted.

Undefeated players get 2 prize packs, players that went 2-1 get 1 pack. All players may keep all the cards and dice they drafted.